Back to Home
Johto
Hoenn

Okay, for the original region that started it all, the three starters are Bulbasaur, Charmander, and Squirtle. Charmander is by far the most popular, but is it the best for a playthrough of a Kanto game? Let's see. 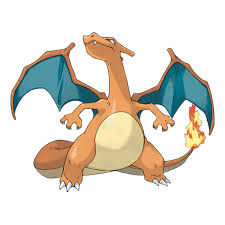 Charmander, the fire type, is a really solid pokemon in general. However, after doing some research and watching Eryizo's video, it became evident that despite being my favorite of the Kanto starters, Charizard is the worst starter for an in-game playthrough. Right off the bat, in Pewter City, it struggles against Brock and his Rock-types, which is the first. At the next gym, you fight Misty, who uses water types. That is two weaknesses that Charmander/Charmeleon has to face early game. In addition, it will also struggle against Lt. Surge's electric types in Vermillion City if it is a Charizard at that point (which shouldn't be the case unless you overleveled it). Charizard gets a very hard time for pretty much the entire early game.

However, by the time you reach the fourth gym in Celadon City, Charizard's luck gets better. Erica, the gym leader there, uses grass pokemon, something that Charizard thrives against, especially if it is fully evolved. Even if it isn't, it should easily sweep Erica's team. It can also also hold it's own against Koga's poison and bug types, and Sabrina's psychic, which it is neutral against. Then at Cinnabar Island, with Blaine and his fire type gym, Charizard's luck basically runs dry.

Against Blaine, Charizard's STAB moves won't do much, but can be relatively easy. Against Giovanni anywhere, however, it will STRUGGLE against his ground types (which are also mostly part rock). And then there is the Elite Four and Champion.

The first member of the Elite Four, Lorelei, already poses a problem for Charizard. She uses ice pokemon, and though fire moves are super effective against ice types, her entire team is also part water (with the exception of Jynx). Bruno, the second member, uses two Onix, which will smash Charizard, and fighting types, which Charizard can to well against, but they know rock moves as well. Agatha, the third member, is neutral against Charizard, and Lance, the final member, uses dragon types, which resist fire moves, and other pokemon that will wreck Charizard. And Blue, the champion, has a diverse team, so it can do well against some members and suffer against others.

Summary of Charizard's performance in a nutshell:

As much as I like Charizard, I have to admit that it does the worst in a playthrough in Kanto. 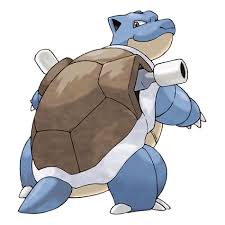 Blastoise, the water starter, does a better job than Charizard in a playthrough, but it has a lot of issues:

Blastoise's performance in a nutshell

Blastoise does a better job in these games than Charizard, but it gets outclassed by the third starter in the game, despite being statistically the strongest starter.

Venusaur, the grass starter, is statistally inferior to Blastoise and Charizard, but there are other factors that come into play here. Grass types actually thrive in this region, due to the typing of many used pokemon here. For example, most rock types in this region are also part ground, and water types also suffer its wrath. Its poison typing makes it immune to poison and can provide coverage.

Venusaur's performance in a nutshell 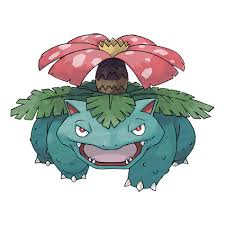 Now after a lot of research and watching Eryizo, the best starter for Kanto is...

Venusaur! It's performance in game blows the other two out of the water. In addition, it's weaknesses don't appear until late-game, when the player's team is diverse enough to counter these weaknesses. Sorry Charizard and Blastoise, but Venusaur takes the title for best starter in Kanto!