Back to Home
Kanto
Johto

In the Hoenn region, there are three other starters to pick from. These games are also really good, and have some significant differences between versions. For example, there are two different evil teams, Team Magma and Team Aqua, and the version depends which one will appear. Pokemon Ruby gets Team Magma, Pokemon Sapphire gets Team Aqua, and Pokemon Emerald gets both (which is somewhat odd IMO). In addition to these factors, Pokemon Emerald has many other different factors that change the result of best starter. These include gym leaders have slightly different teams, and the champion being entirely different. I will list the Ruby/Sapphire factors and the Emerald factors separately, as well as their respective results. Also, due to the order of the gyms in these games, I will just list how well they do against who, because it will sound like I am rambling on.

With all of that out of the way, there are three starters for the Hoenn region. They are Treecko, Mudkip, and Torchic. Mudkip is arguably the most popular and best in terms of stats, but will it give you the most benefits for a playthrough in Ruby/Sapphire or Emerald? 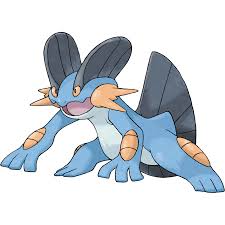 Mudkip, the water type, looks absolutely adorable with solid stats. After doing some research (and watching Eryizo), I concluded that Mudkip will do really well in a playthrough in any of the three games. However, though it was a very close call, Mudkip fell just a tad bit short from being the best starter (ignoring the competitive field, of course). Mudkip only does well against Roxanne, Wattson (if it evolved beforehand and gained the ground typing), Flannery, and Tate and Liza (whose pokemon are all weak to water except for Xatu in Emerald). After this, Mudkip basically goes even with the rest of the gym leaders, except for Wallace (R/S)/Juan(E), whose water types would cause issues for Swampert (it should be fully evolved at this point in the game). Also, the elite four gives Swampert some issues. Sidney has some grass types (which Swampert is 4x weak to), Glacia has some water types, and Drake has dragons (which are op and will give all three starters a hard time). In Emerald version, this is even worse for Swampert, because Wallace is the Champion instead of Steven. And we know that Wallace causes trouble for Swampert. Also, regarding the evil teams, Swampert would wreck Team Magma, but would get destroyed by Team Aqua. 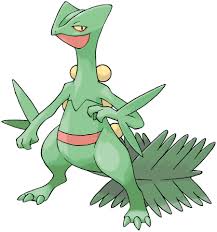 Treecko, the grass type, has the type advantage over Wallace, and would wreck Mudkip in a 1v1. So it is the best starter for Hoenn, correct? Incorrect. As a matter of fact, Treecko does slightly worse than Mudkip in Ruby and Sapphire. Treecko does well against Roxanne, Tate and Liza, Wallace/Juan, and Wattson due to Treecko resisting electric attacks. It gets smashed by Flannery and Winona, and the other gym leaders go even with it. With the elite four, Sceptile will face some issues. It will struggle against Glacia, Drake, and Steven, and go even with Sidney and Phoebe. However, in Emerald, the champion is Wallace, who still uses water types, and Juan, who is the gym leader in his place, also uses water types. This gives Sceptile the upper hand. With evil teams, Sceptile wrecks Team Aqua, and gets wrecked by Team Magma. 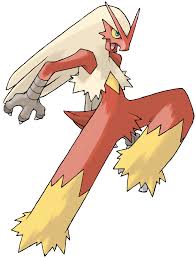 Torchic, the fire pokemon, has a very interesting journey. It starts off rough against Roxanne, but can be easily be worked around with a simple method. You just evolve Torchic into Combusken and it learns Double Kick, which will shred Roxanne. Afterwards, it goes even with Brawley and Wattson, is resistant to Flannery, and also wrecks Norman. However, the last 3 gym leaders will give Blaziken a hard time, but by that time the player's team should be diverse enough to cover these weaknesses. In the Elite Four, Blaziken destroys Sidney, Glacia, and Steven. Against evil teams, Blaziken does pretty well against Team Magma, but suffers against Team Aqua. Though Blaziken has the most weaknesses, it also has the most strengths.

Summarizing the data, the results were very close, but Torchic will give you the most beneficial time for a playthrough in Hoenn. At least for Ruby and Sapphire. In Emerald, ther is a different champion, which totally changes the outcome. The champion is instead Wallace, which will give Blaziken trouble and giving Sceptile the upper hand. In Emerald, the best starter would be Treecko.